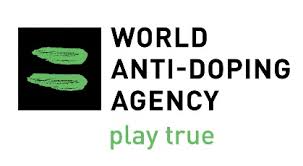 Three high-ranking officials of the World Anti-Doping Agency (WADA) have arrived in Jamaica to conduct their audit of the country's anti-doping programs after weeks of criticism following positive tests from several high-profile athletes.

They will examine Jamaica Anti-Doping Commission (JADCO) drug testing program, staffing, governance, education program, and current cases of adverse analytical findings against some of the country's athletes. WADA had been invited to conduct an audit of the anti-doping program by the Jamaican government.

Campbell-Brown has since been censured for the positive test for the banned diuretic hydrochlorothiazide, which is on WADA's banned list as a masking agent, but escaped a ban.

Sources close to Jamaican athletics told Reuters at the time the banned drug was contained in a cream that Campbell-Brown was using to treat a leg injury and which she had declared on her doping control form.

Athletics' world governing body, the IAAF has subsequently said that Jamaica's 19 athletes in their registered pool were on average the most tested for any country in the lead up to the London Games.
Click to expand...