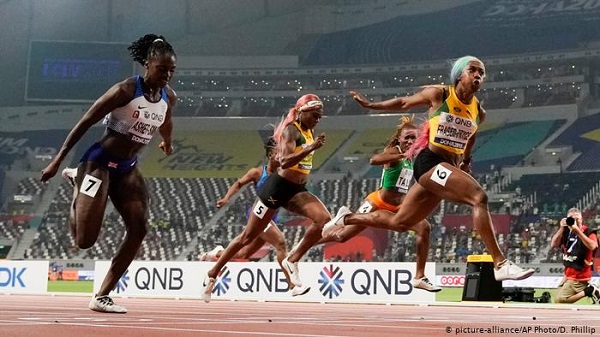 Shelly-Ann Fraser-Pryce became the world champion in the 100 meters for the fourth time since 2009 on Sunday. With a time of 10.71 seconds, she beat European champion Dina Asher-Smith in the women's final of the World Athletics Championships in Doha, Qatar. The British athlete crossed the finish line in 10.83 seconds.
Marie-Josee Ta Lou from the Ivory Coast took third place with 10.93 seconds.